Newport Beach lies right in the middle of the dolphin capital of the United States!

Southern California quite literally has the highest density of dolphin, with the National Marine Fisheries Service estimating up to 500,000 Common Dolphin off the coast. And since these animals don’t migrate, we see them virtually every day.

These dolphin travel in large pods, numbering 50-500, and sometimes even more than 1,000 individuals in one group! 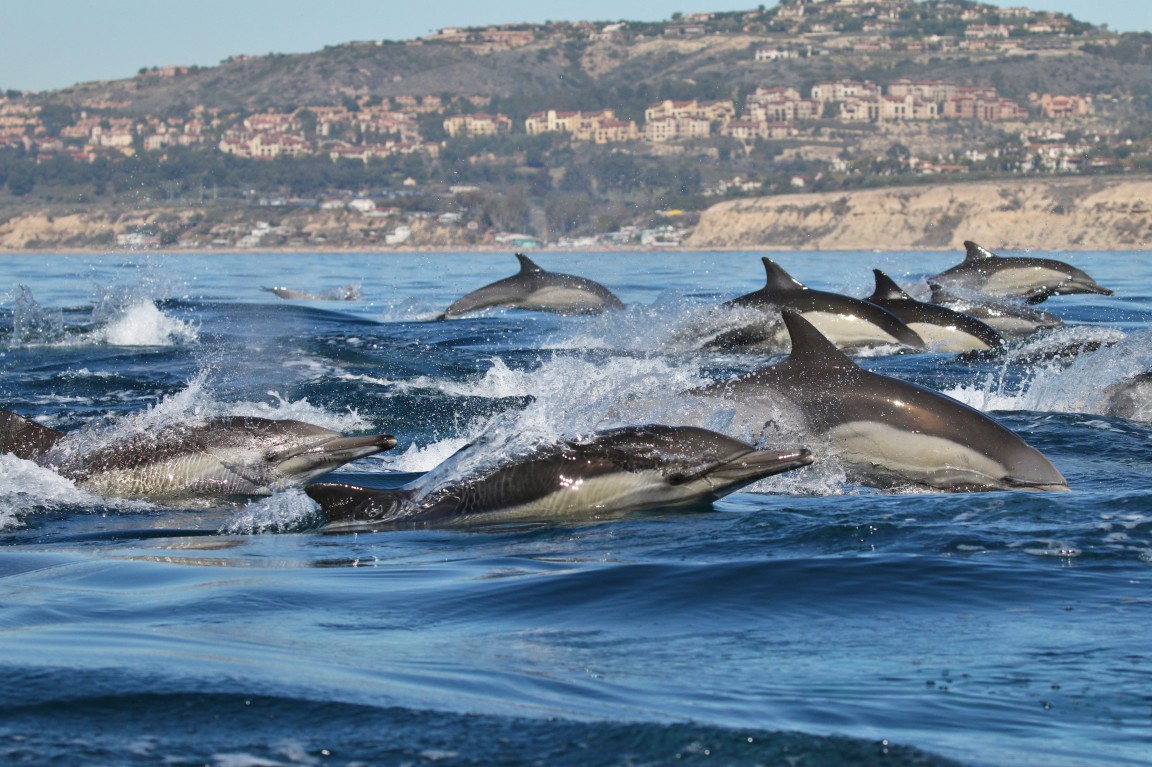 And while the Common Dolphin in the smallest species in our waters, they make up for their size with their high energy and playfulness. Below is a picture taken on our tour. They can jump 20 feet in the air!

In addition to the plentiful Common Dolphin, several other species make their home in the waters off of Newport Beach.

The species of “Flipper” fame is the Bottlenose, an animal that spends much of its time close to shore, and even in the harbor. They are larger than most other dolphin species, and can be seen year-around in our waters. Bottlenose are ranked as one of the most intelligent animals on the planet! 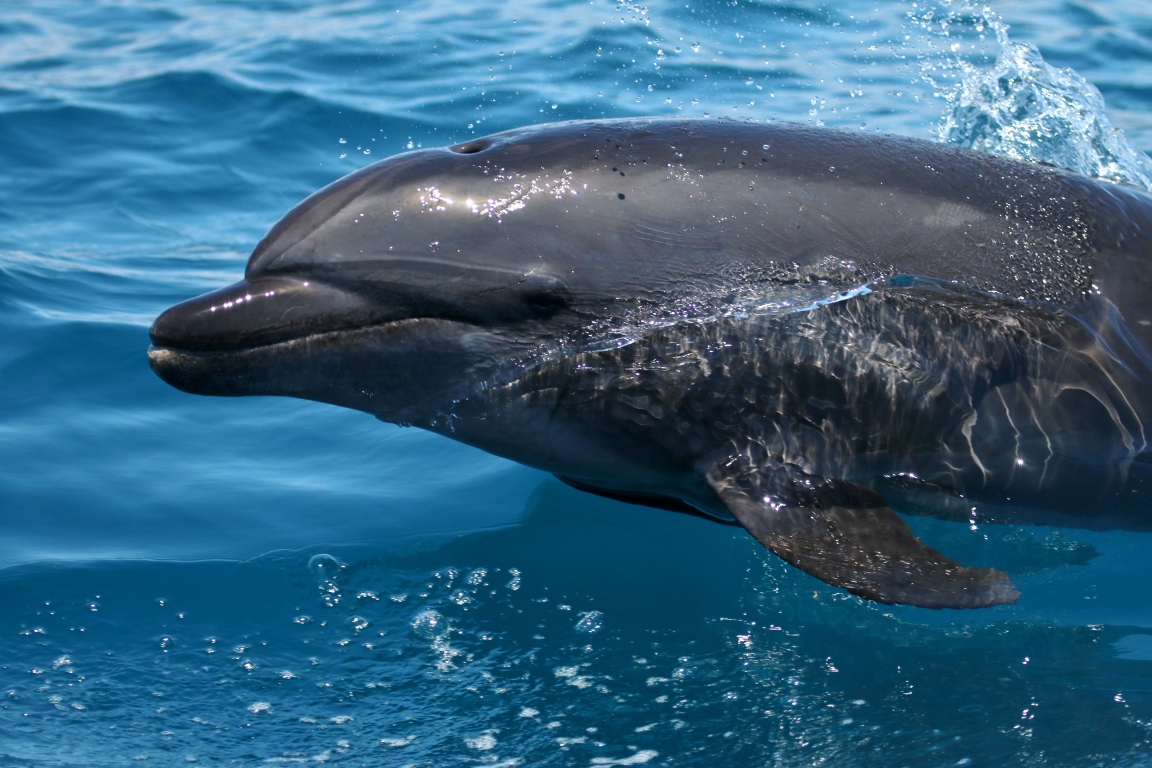 Perhaps linked to their intelligence is their playful manner, which makes them a blast to watch! Not only will they play with the boat and us, but we are lucky enough to see them play among each other at times. 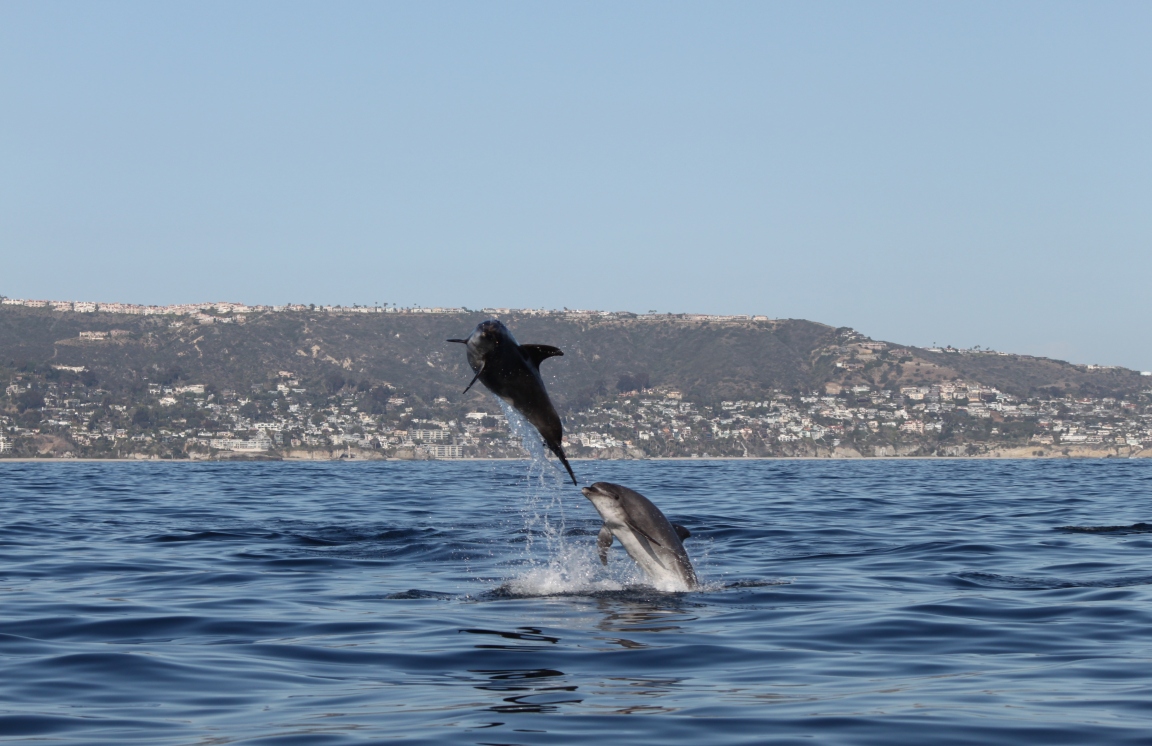 Mostly seasonal visitors in smaller pods, Pacific White-Sided Dolphins are still a big treat for passengers. Very personable, they love to interact with our boat. They are said to be the most beautiful dolphin species off Orange County, with black and white “suspender stripes” along their back.

Above is a picture of two white-sided dolphin “calves”- any offspring from a cetacean is referred to as a “calf” while the mother is called a “cow”. Not the most fitting descriptors for these sleek and aquatic creatures!